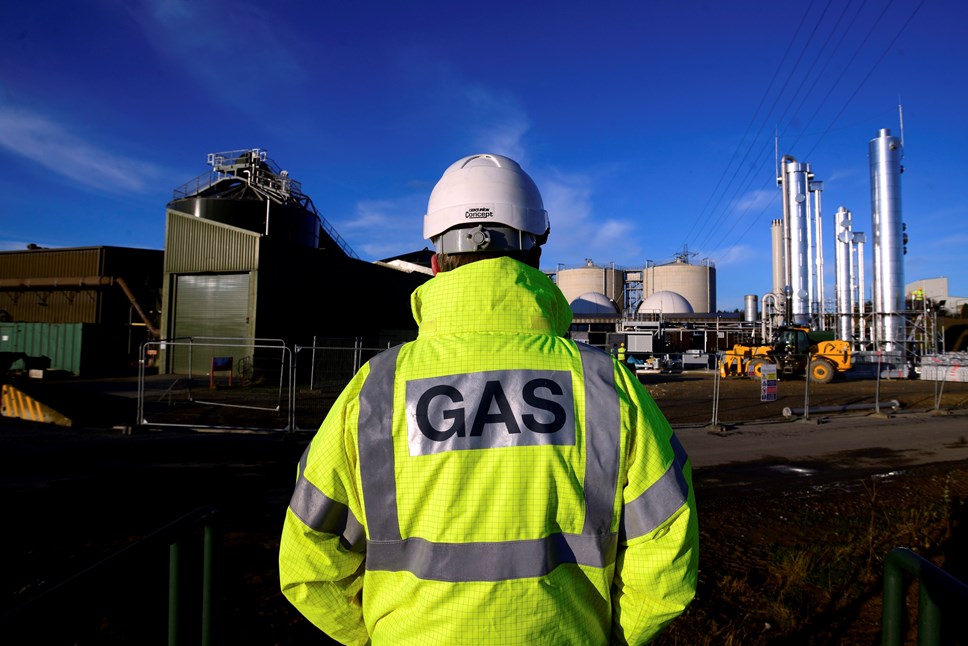 Investment to kick start the development of the world's first zero carbon gas grid, with new research showing that billpayers will benefit by £89bn by 2050

Britain’s five gas network companies (Cadent, National Grid, NGN, SGN, and Wales & West Utilities) are today calling on the Government to unlock over £900m investment in green gas network infrastructure across the country as part of its economic response to the COVID-19 crisis, and to kick start the development of the world's first zero carbon gas grid here in the UK.

The call comes as Energy Networks Association (ENA) publishes new research showing that if investment into zero carbon hydrogen infrastructure began today then the country would be a net beneficiary of that investment before 2045, five years ahead of its 2050 net zero carbon emissions target and saving bill payers £89bn by that date.

Gas network companies are urging the Government to back its Zero Carbon Commitment package of £904m of investment both as part of its plans for the UK’s economic recovery from the COVID-19 crisis and its long term decarbonisation policy. With 85% of Britain’s homes connected to 284,000km of gas pipelines across the country, the Commitment sets out network companies’ plans to invest in projects between 2021 and 2026, under the RIIO-2 price control. The investment would be used to prepare Britain’s gas grid for a switchover from using methane natural gas to zero carbon hydrogen and biomethane.

The Commitment includes plans to invest:

The Commitment is being made as part ENA's Gas Goes Green programme, which is seeking to create the world's first zero carbon gas grid here in the UK based on a pathway published last autumn. Decisions on energy network investment are made by the energy regulator, Ofgem, and are dependent on Government policy. The regulator is due to make a decision on gas network investment in in July.

New research published alongside the Commitment has found that the £182bn of investment needed to create a zero carbon gas grid using hydrogen would save British bill payers £89bn by 2050, compared to the continued use of natural gas . The in-depth research also shows that there is no realistic scenario whereby the UK can achieve net zero carbon emissions by 2050 without hydrogen playing a key role in the decarbonisation of large carbon emitting sectors such as industry, transport, power and heat.

“With the solutions to tackling climate change being as much local as they are national, we have to take the #buildbackbetter opportunity to rebalance our economy in the right way. As the Government looks to set out its plans for the economic recovery from the COVID-19 crisis, our members are ready to play their part. We have a plan that’s ready to go. So let’s unlock the investment that’s needed, and create the world’s first zero carbon gas grid here in the UK.”

“The need for action from Government has never been greater. Investing in the infrastructure that will ensure that homes and businesses across the country are connected to the world’s first zero carbon gas grid is the one of the best ways of not only meeting our decarbonisation targets, but also for ensuring that our economic recovery from the COVID-19 crisis is first and foremost a clean, green one. Unlocking this investment is a huge opportunity for Britain to lead the way in the fight against climate change.”

- £217m to fund the design and construction phases of the HyNet hydrogen and carbon capture, usage and storage (CCUS) project in Liverpool, Manchester and parts of Cheshire. This project’s primary industrial users are based around the Manchester Ship Canal / Ellesmere Port area. More information can be found here.

- £94m for the design and construction phases for the Aberdeen Vision project based at the St Fergus Gas Terminal. This project uses existing oil and gas infrastructure for CO2 transport and storage, joining together hydrogen production (with carbon capture and storage) with hydrogen users in close proximity to rapidly decarbonise an industrial region. More information can be found here.

- £80m of investment for the construction phase of Project Cavendish, which will produce, store or import hydrogen at the Isle of Grain in Kent, to get hydrogen to the South of London. More information can be found here.

- £22.5m of investment in the H100 Fife project to create the world’s first green hydrogen heating network in Levenmouth. In the project’s first phase, the network will heat around 300 local homes using clean gas produced by an electrolysis plant using renewable electricity. More information can be found here.

- 23 million homes and businesses in Great Britain connected to the gas grid and 284,000 km of gas pipelines that supply heat to 85% of properties across Great Britain (ENA, 2020).

- A world leading hydrogen economy could reduce the UKK’s carbon emissions by 260 million tonnes of CO2 per year by 2050, the equivalent of 56.8m cars being taken off the road (Element Energy).